Privacy concerns and safeguards in a world driven by smart devices 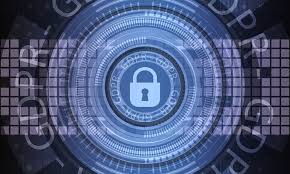 Privacy concerns and safeguards in a world driven by smart devices

The Internet of Things (IoT) is a network of interconnected devices through the existing internet infrastructure which allows them to collect and exchange data. The said interconnectivity enables the data captured by the devices to be transformed into insights vis-a-vis a user’s behavior and the usage of the said devices.

IoT is a complex ecosystem consisting of aspects such as the devices, internet, analytics, cloud, applications and security. Therefore, the very complexity of the IoT network requires a certain degree of deep-diving in terms of analyzing the various privacy issues which could impact the interconnectivity of the devices, platforms and appliances which are IoT-enabled. For example, profiling done by health related smart devices can have consequences in terms of its clash with privacy legislations barring automated profiling of data subjects.

IoT enabled devices could backfire with respect to privacy of individuals (primarily its users) if appropriate safeguards are not established. For instance, a connected security camera could expose personal information, such as user’s location, if it gets compromised. Additionally, factors such as lack of technical safeguards and/or implementation of a consent mechanism could play as roadblocks to the readiness of IoT-enabled technologies in relation to data privacy related compliance. For example, if a device is not compromised, it could still be violating applicable privacy regulations (which may vary country to country) in multiple ways such as:

Therefore, safeguards to protect individual’s privacy must be implemented in the IoT enabled platforms so as to mitigate the risks which could incur as a result of exposure to the IoT network.

To conclude, since IoT devices are connected to the Internet, they are vulnerable to cyber-attacks that can impact consumer, commercial, industrial, and governmental computer systems. We have seen hackers being able to penetrate a casino’s high-roller database after gaining access to its network via the smart thermostat in a fish tank of the casino’s lobby. Another example would be when smart home devices are used by robbers to predict the time of the day the house would be empty. Hence, the very technology behind IoT permits the creation of a common attack vector for hackers to gain access to an entire network. Therefore, organizations must recognize the various privacy concerns that could compromise their networks, invest in privacy compliance and implement safeguards to mitigate privacy and security risks, so as to maintain the trust of its user base. After all, the IoT technology is reliant on the connection and communication of the individuals via their devices and appliances, and due care must be vested to ensure the interactions do not lead to undesirable situations for individuals and organisations.