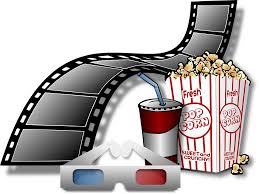 ⦁Show-cases every movie on the channel with just 1 interval instead of the category norm of having multiple ads breaks during the movie.
⦁Showcases a new premiere every week.
⦁Showcases movies with strong story-lines.

Summary of the business challenge:
⦁ With regards to content offering, Star Gold Select HD was competing with other HD movie channels with libraries that had more mass-appeal with their Bollywood blockbuster and south-dub hits as their libraries; Star Gold Select HD on the other hand had relatively niche content offering in the market place, thus limiting its potential of reach.

Quantifiable goals:
1.Take the pre-campaign channel REACH OF 7.7% UP BY 25% after the campaign.

(A legitimate target, given that the movies shown on the channel are relatively niche in  nature and not as massy as other blockbuster channels)

2. DECREASE AUDIENCE DROP-OUTS as against competition and thereby INCREASE TIME-SPENT BY 30%.

⦁ Bring in a CHANGE IN THE BEHAVIOR OF CONSUMERS DROPPING OUT of the channel during commercial breaks. Therefore, a critical goal for them was to REDUCE AUDIENCE DROP-OUTS by 20%, which in turn would help them achieve their time-spent target no.

⦁ Build CONVERSATIONS AND POSITIVE ASSOCIATIONS with the brand.

Star Gold Select HD decided to disrupt media platforms that had multiple  breaks during its content with MESSAGING CONTEXTUALISED TO RESPECTIVE MEDIA PLATFORM AND GENRE OF CONTENT; ‘now watch movies with just 1 interval only on Star Gold Select’ was the key message that was contextualized.

⦁ Contextualized their key message of Watch movies with just 1 interval on TV only on Star Gold Select according to CONTENT-GENRE and MEDIA PLATFORMs.

⦁ Got ZAKIR KHAN on board to deliver the message is his typical humorous, witty demeanor. They wanted someone who could deliver the campaign message in way that he’d be able to establish a connect with consumers with his personality and delivery-style; at the same time they did not want him to be celebrity but a regular man. While Zakir Khan is famous on online platforms for his standup comedy, he is relatively an unknown face on TV. They thought it would be apt to leverage his style, humor and his ability to establish a connect with the audience to ensure success of this campaign.

Phases of the Campaign-

1. They first broke the campaign with a video in which ZAKIR RANTS OUT his frustration about multiple commercial breaks on TV that ruins his experience of watching content on TV. This video was released to ESTABLISH  CONNECT WITH CONSUMER ANGST.

2. After 4 days, they released a humorous/witty brand-commercial that was a montage of Zakir asking celebrities if they would believe that there is a movie channel coming up on TV that would showcase movies with just 1 interval and not multiple breaks. (Creative video contains this ad)

Pre-campaign: 7.7%
(% of audience that viewed the channel at least for 1 min in a week)

Evaluation: Increase in reach is the most likely indicator of a successful marketing campaign, as it means more people sampled the channel during the period. Also, given the relatively niche content of the channel, over achieving the set target is a sure sign of the effectiveness of the marketing campaign.

Post-campaign: Star Gold Select: 28%, Other Channels: No significant change – still an average of 59% as was before.

Set Target: Reduce audience drop-outs by 30%
Result: OVERACHIEVED by 10%
Evaluation: This significant reduction of 48% of audience drop-outs from the channel during the break, indicates that the experience of watching movies on Star Gold Select with just 1 interval is more preferred by the audience than that on other HD Hindi movie channels with multiple breaks, thus leading to significantly lesser drop-outs when compared to competition.

Pre-campaign: There was little or no conversation on Social Media about the channel.

To view the campaign video https://www.youtube.com/watch?v=zKqpTinaBt4&feature=youtu.be

If you, too, have executed exemplary campaigns in the last one year, go ahead and submit your nominations for our Industry Awards. Visit our Events section for details on our upcoming Awards and Conferences – https://www.inkspell.co.in/events/