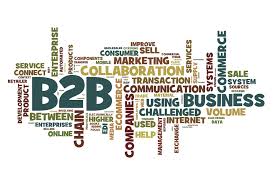 TV-With in-depth reports and exclusive interviews, Storyboard a show on CNBC-TV18, is a must for everybody passionate about brands, essentially our target audience. In addition to this, the campaign promo also aired on CNBC-TV18, CNBC-Awaaz and CNBC Bazaar

Print- 2 island front page Ads were taken in Economic Times since it is widely read by their target audiences – media planners, influencers and 1 Half page Ad was taken in Hindustan Times specifically because it has a readership of society influencers

Trade Branding- 30 days campaign across 60+ media agencies, more than 90% of the total inventory was taken with the objective to hammer the campaign message in the minds of media planners.

Agency Activations 1-Quiz Contest- Objective was that participants should apply this new equation, 18=1 in their real life. The only trick to win was to remember that 18 is the new 1, for example – 18+20 is not 38 but 19. Achieved more than 30% participation rate with 7000+ participants across 30 agencies

Agency Activation 2-Wheel of Fortune: Participants who were able to land the wheel of fortune on the new equation 18=1 and not on the old equation 1=1 were declared winners.900+ participants across 30 agencies.

Merchandise for Trade- Merchandise was given to key media planners and buyers to create a higher recall value of a campaign. Premium packaging quality was ensured, a two-layered approach was adopted with 18=1 teaser outside and the main campaign communication inside

Print Ad in Trade Magazine-Front page innovation in Impact Magazine – one of the most circulated trade magazines of media industry, also widely read by their target audience was taken in the form of a French cover and false cover.

Airport Branding- Since Mumbai Airport Terminal 2 is one of the prime places which caters to influencers and decision-makers the idea was to reach out to them directly. 38 digi pods were taken in the prime passage for 6 days.

Trade-PR: As a media brand, it has always been extremely difficult to get other media to write about them However, their plan was simple target the business press to create a buzz in the trade media and push for online coverage in order to up our SOV and thereby the recall/engagement for the brand.

To view the campaign video: https://we.tl/BOlo5pro9i

If you, too, have executed exemplary campaigns in the last  year, go ahead and submit your nominations for the our Industry Awards. Visit our Events section for details on our upcoming Awards and Conferences.