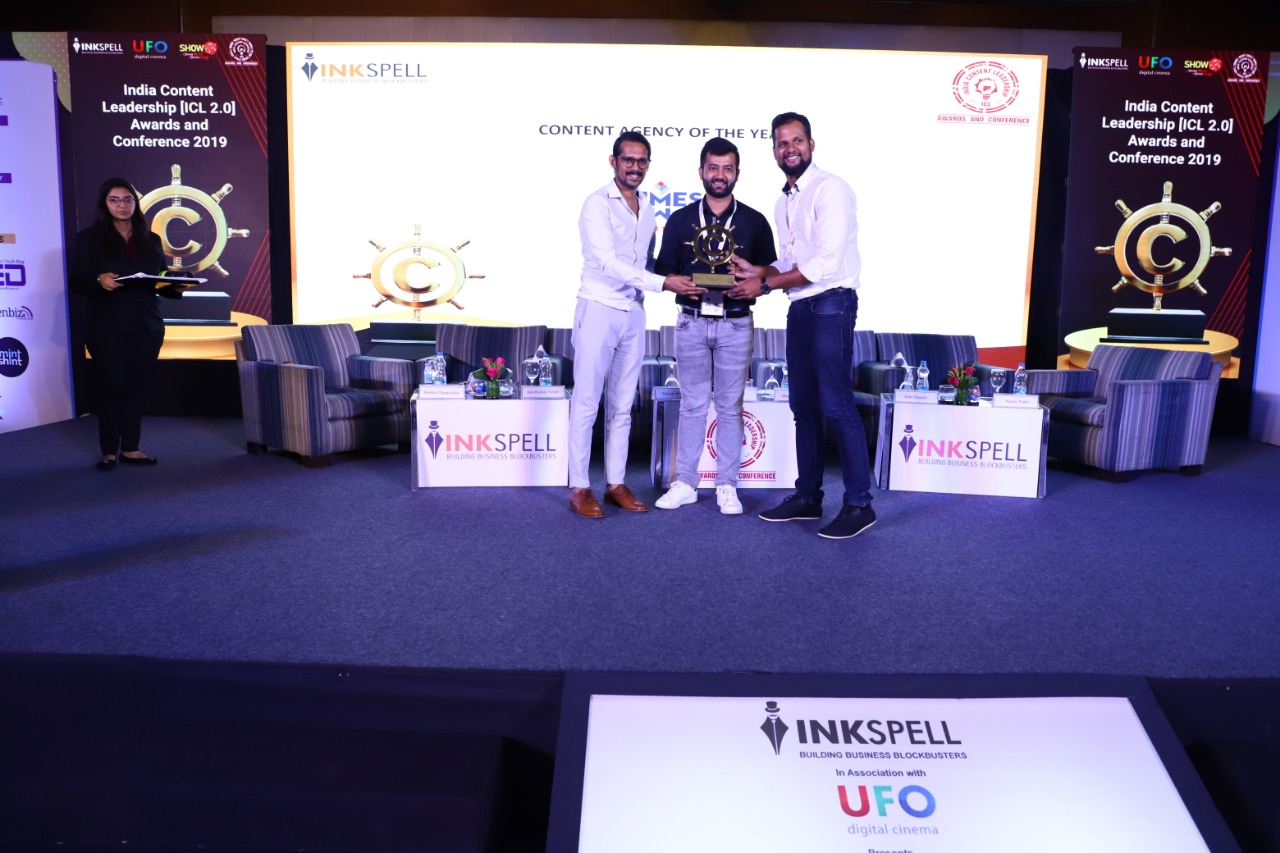 A large pool of digital properties coupled with unique content initiatives across platforms have facilitated Times Network in achieving its leadership position in the content domain. It earned the award of the ‘Content Network of the Year 2019’ at the 2nd Annual India Content Leadership Awards organized by Inkspell Media in New Delhi. Rahul Sarangi, Global Head, Business and Content at The Viral Fever was adjudged the ‘Content Leader of Year 2019’ for driving multiple successful digital content programs. Additionally, ‘The Royal Palate’ series for Behrouz Biryani by TVFPlay won the ‘Content Debut of the Year’ award. The ‘Content Startup of the Year’ award was won by the Monk Media Network.

Tumbbad – the highly acclaimed movie by Sohum Shah Films – won the award in the ‘Best Content in a Full-length Feature Film’ category, while Pipe Dream won in the ‘Best Content in a Short-Film/Documentary’ category. VKAAO – a novel initiative by PVR won the B2C Content Enterprise of the Year while DVio Digital was declared the B2B Content Enterprise of the Year for being at the helm of the production of several content properties for some of the leading broadcasters in the country. Kajal Gupta, VP Marketing at UTI Mutual Fund won the ‘Content Marketer of the Year’ award for leading some remarkable content-driven campaigns for the financial enterprise.

“Being part of the Jury of a distinguished program such as the India Content Leadership has been an insightful experience. With over 650 entries representing 250 plus unique brands, the diversity in the participating enterprises was overwhelming. Despite representing different sectors of the industry, the entries highlighted consistent high-quality work. The level of creativity, innovation and disruption that such work is causing in the business ecosystem is inspiring and encouraging. I would like to congratulate all the winners as well as the participants. In my personal opinion, the entire creative industry is the winner.” said Anil Kumar Singh, National SEO Director at NEO Media World who was part of the Jury panel that elected the winners.

Inkspell Media associated with UFO Moviez for ICL 2019. This event is also co-powered by Show Box. Other partners for the event include eminent publications and MarTech enterprises for this event including Eleenbiz, India Today Group, Kenscio, Roaring Wolf Media, MintShint, YourStory and ED Times to name a few.