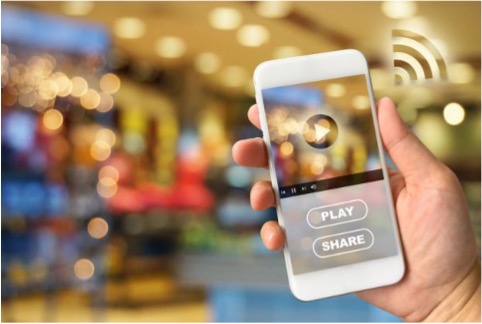 Are you fed up with low engagement on your video advertisements?

When a user discovers a video on Instagram, Facebook, or LinkedIn, most of the social media platforms do not instantly play the sound. By pushing an additional button, the viewer must stop and turn on the sound. And, let’s face it, unless the video appears to be highly engaging, most of us are too lazy to do so.

This is why you should start making visually appealing video advertising that can be viewed with the sound turned off.

Let’s take a look at six suggestions for doing so.

An odd one sticks out in a field of evens. Think fresh copy and design for your ad to make it stand out. Inspire your audience to want to learn more. Any silent video ad’s primary goal is to persuade the spectator to switch on the music.

Say it out loud, and say it with sincerity. Fonts have the ability to create any mood you desire. You can choose animated text stickers, utilize custom fonts, and add uber-cool motion to your text. To get your message over to your audience, experiment with fonts and text animations.

The most difficult part of making silent videos now is deciding where to put the call-to-action. It’s best to include the CTA twice in such videos, first within the first 10 seconds and again at the end. As a result, your viewers will understand exactly what the film is about and where they should go next. Do not cram the CTA in just for the sake of it; instead, place it in such a way that it flows naturally with the script.

The world is becoming increasingly frantic. If you speak slowly, the audience will most likely yawn and go on. Use the power of motion to keep your audience from becoming bored and to make them jump out of their seats. Show moving items, such as people, objects, and even writings. Keep it snappy and moving when it comes to silent video advertising.

Before you plan your video material, think about the environment. Put your offer in the title, and include a nice caption with specifics that explain why, how, what, when, and other questions. Plan ahead of time because each social media site will have a distinct field for the primary ad video. Make the most of every inch of your ad space.

Building a buying environment as well as a mental image of your viewer’s dreams Focus on film that conveys a story through landscapes, action, and texture shots, and supplement with text comments if necessary. Show road videos if you’re selling a car. Show red carpet and elegant occasions if you’re selling a high-end gown.

Don’t try to sell the item, sell the dream.

You can develop video advertising with a good conversion rate if you follow these tips. Experiment with different options to see what works best. Remember to avoid making the ad look like an ad at all costs. You’re communicating with genuine people who have real dreams and feelings. Assist them in connecting with your brand.