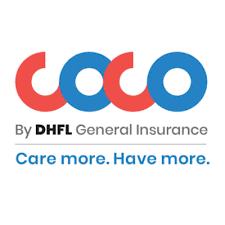 COCO by DHFL General Insurance, a new entrant in General insurance segment, took a ‘digital first’ approach. The brand wanted to generate brand awareness and interest and eventually increase the search volume in the subsequent months.

Video being a popular choice for branding, COCO launched on Facebook and YouTube with 6 video series campaign with a quirky hashtag – #YehCOCOKyaHai. The first video was the introductory teaser, the following 5 videos were to generate curiosity, while the 6th video was big reveal of COCO.

The challenge: All six videos were part of a series of clues, but if someone came in mid-flow, they should still be able to understand the campaign.  However, some viewers may feel they are seeing the same ad again.

Solution: That’s why they kept the first 13 seconds the same, so any new viewer can pop right in and understand the story.

They quickly came up with a solution: the first video was promoted fully; the following videos were promoted from the 14th second to avoid ‘skip’ rate. The final 6th video was promoted in the original form. This ensured high video views and impressions at a lower cost.

FB has a 3 second view, so they negated the audience who viewed a video and that helped in increasing the unique reach.

Target Audience: For 3rd party motor insurance product, COCO targeted in-market audiences who were interested in motor insurance also who had affinity towards automobile, motorcycle, travelling, specific bike and car models, people who show behavior as commuters and those who consumed content on competitors’ website. The ads were targeted PAN India between age group 25-50yrs.

To watch the campaign video: https://youtu.be/xTFv2T-S6co